Now playing this weekend, January 26-28, at Theatre N at Nemours:

Nominated for a Golden Globe and an Academy Award for Best Animated Picture, The Breadwinner tells the story of Parvana, an 11-year-old girl growing up under the Taliban in Afghanistan in 2001. When her father is wrongfully arrested, Parvana disguises herself as a boy in order to support her family. With dauntless perseverance, Parvana draws strength from the stories her father told her, and ultimately risks her life to discover if he is still alive. Equal parts thrilling and enchanting, The Breadwinner is a timely and inspiring tale about the transcendent power of stories, and their potential to unite and heal us all.

Woody Allen’s latest film takes place in the hustle and bustle of 1950s Coney Island, where the buzzing crowd comes and goes trudging slowly over the wooden boardwalks, silent stories of the everyday toilers who give life to the attraction unfold.

Somewhere in a clam bar, there’s the sad waitress Ginny (Kate Winslet), a one-time actress and now a suffering wife who’s been given a second chance by the side of the well-intentioned but uncouth carousel operator, Humpty (Jim Belsuhi). On the other hand, there’s Humpty’s 26-year-old estranged daughter, Carolina (Juno Temple), who left the familial nest and a preordained future seeking adventure as a mobster’s wife; only to return home with her wings broken, begging for forgiveness. And from the lifeguard’s high tower, where all is in plain sight, the young and charming lifesaver and hopeful playwright, Mickey (Justin Timberlake), is the inadvertent but potent catalyst that binds everything together. Shattered dreams, reckless love and betrayal, all under the bright lights of Coney Island.

Theatre N at Nemours is Wilmington’s only independent film cinema. Theatre N is open Friday- Sunday for regularly scheduled films year round. Ticket prices are $9 for general admission and $7 for seniors and students. Matinees are $5 on Fridays and $6 on Saturdays and Sundays. Concession prices range from $1- $4 for popcorn, sodas and candy, and the theatre has a liquor license and serves beer and wine. Tickets can be ordered in advance for all shows at www.theatren.com.

2018 © Copyright The Residences at Rodney Square 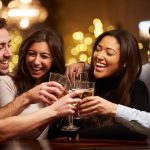 Don’t Miss the NYE Market Street Bash at Chelsea TavernHoliday, Things To Do 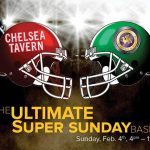 Super Bowl Watch Party at Ernest & Scott TaproomThings To Do